We are pleased to announce our Guests of Honor for the 2019 conference: Jeff Shaara and Dolen Perkins-Valdez.

Jeff Shaara is the New York Times bestselling author of Gods and Generals and The Last Full Measure—two novels that complete the Civil War trilogy begun by his father, Michael Shaara, with the Pulitzer Prize-winning book The Killer Angels.

A descendant of Italian immigrants, Jeff Shaara was born in 1952 in New Brunswick, New Jersey, grew up in Tallahassee, Florida, and graduated from Florida State University with a degree in criminology. He lives in Gettysburg, Pennsylvania.

Shaara’s World War II series includes The Final Storm, No Less Than Victory, The Steel Wave, and The Rising Tide. Shaara has also written To the Last Man, The Glorious Cause, Rise to Rebellion, and Gone for Soldiers. In 2012, Shaara returned to the Civil War with A Blaze of Glory, followed by A Chain of Thunder, The Smoke at Dawn, and The Fateful Lightning—all New York Times bestsellers.

In his new bestselling book, The Frozen Hours, Shaara brings readers to the front lines of the Korean War and the Battle of Chosin Reservoir. Through researching memoirs, collections of letters, and diaries Shaara takes on the voices of the generals, the foot soldiers, and even of the Chinese commander, bringing to life the events of the battle through the eyes of the characters. 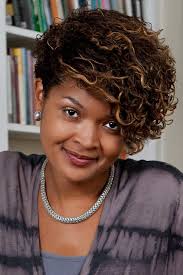 Dolen Perkins-Valdez is the author of the New York Times bestselling novel Wench. Chronicling the lives of four slave women who are their masters’ mistresses, the book has been highly praised in many circles. USA Today called it “deeply moving” and “beautifully written.” People called it “a devastatingly beautiful account of a cruel past.” O, The Oprah Magazine chose it as a Top Ten Pick of the Month, and NPR named it a top 5 book club pick of 2010.

Dolen received a DC Commission on the Arts Grant for her second novel Balm. The book explores the events following the Civil War as three women come to Chicago in search of a new life. The Washington Post calls Balm “moving” and “gorgeously written.” The New York Journal of Books describes it as “a powerful novel inspired by our nation’s past…a tale of individual loves, longings, and losses bound together by the healing balm of hope. Perkins-Valdez truly captures the American spirit.”

Dolen’s fiction has appeared in The Kenyon Review, StoryQuarterly, StorySouth, and elsewhere. She also wrote an introduction to the New York Times bestseller Twelve Years a Slave by Solomon Northrup. In 2011, she was a finalist for two NAACP Image Awards and the Hurston-Wright Legacy Award for fiction. She was also awarded the First Novelist Award by the Black Caucus of the American Library Association. Dolen is on the faculty of the MFA Program at American University in DC and is a popular guest for Black History and Women’s Month programs. A graduate of Harvard and a former University of California President’s Postdoctoral Fellow at UCLA, Dolen lives in Washington, DC with her family.

Join our e-mail list for the latest news about the 2023 conference!

The Historical Novel Society is a literary society devoted to promoting the enjoyment of historical fiction. This website is dedicated to the North American region of the society and the bi-annual North American Historical Novel Society Conference. HNS welcomes readers and writers from all around the world, and information about joining the society can be found at the main HNS website.